Three weeks before the race
I got a strange email question from a still unknown person : Would I want to join a four person team for the Tortour? Ahemmm YES!.
I knew about the Tortour too well. It`s a 1000km race around Switzerland with 14,500m elevation gain that not only requires some serious physical fitness but, if not more importantly, a well organized support team, a similar format as the Race Across America.
So from one day to the next I was on the team to join them only three weeks later.
I would learn soon I had the fortune to be on a fantastic team that not only was organizational top notch but funny that would even make the most serious German smile.
And here goes the story in pictures and videos:
Thursday, 14 August: Morning

Thursday 15:30
Then, the prolog in the afternoon. Merely a kilometer or so of high intensity to place the teams into an order for the next day.

We won the prolog in our category. That meant we start first at 2:33AM, a minute ahead of the second placed team.
Friday 2:30AM Start

10km into my stage, I was falling asleep on the bike and swerving around the lane.I needed some entertainment. I asked our support team to tell me a story.
Of all the stories Barbara could tell me she chose to give me the pros and cons to date her two brothers. After a 30 minutes very entertaining monologue she decided herself, it might not be a good idea to date either of them.
And all of a sudden I was at the checkpoint.
Saturday 13:29 34 hours: 1000km
After the last team stage and 34 hours of being on the road we crossed the finish line. 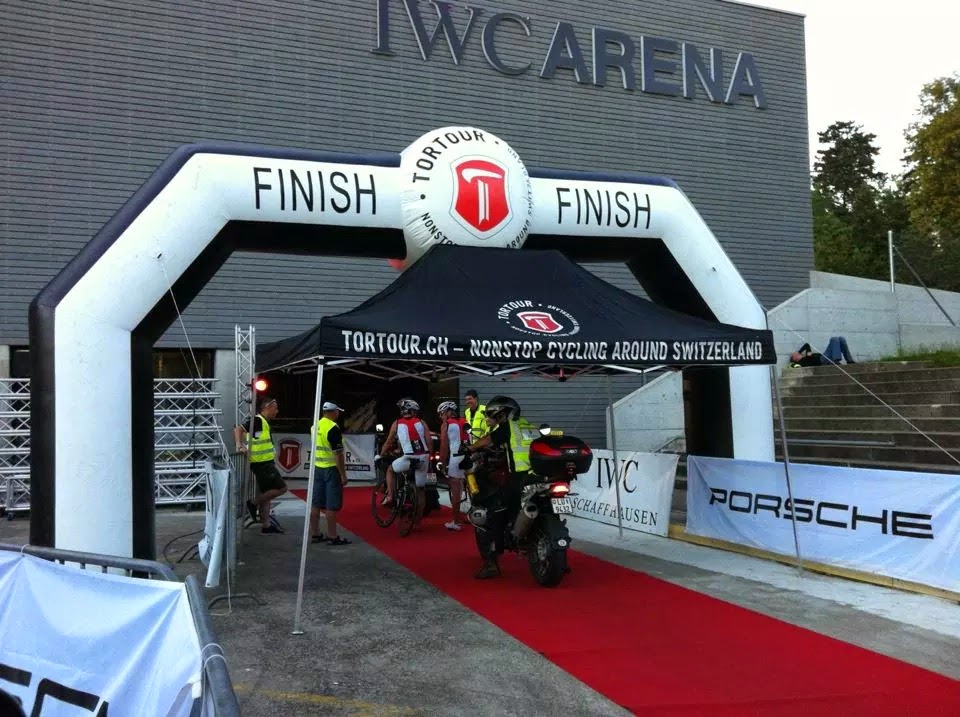 Then, the entry into the arena onto the stage with our song. No matter how often I watch this video I am still getting wet eyes. It brought all the fantastic memories into one moment.

Thanks to a fantastic team: Stefan, Max, Isa, Ariella, Barbara, Betty and Mirco!